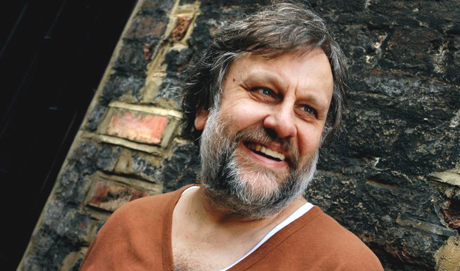 I’m watching a documentary called Zizek, by Astra Taylor, and in it he gives what I think is a good myth-busting definition of philosophy, separating the kind of pretentious ‘the rock is not a rock, nothing really exists’ kind of philosophy, from what he calls true philosophy. Now personally I’ve never had an issue with the true semantic origin of the word ‘philosophy’ when it comes to understanding it: it is very simply a combination of the Greek words for ‘love’ and ‘wisdom’ and means roughly – ‘the love of wisdom’.

However I know a lot of people are turned off by philosophy’s apparently inaccessible nature, or at least its reputation for being inaccessible. And I went off it for awhile myself thinking it was a load of academic codswallop that did more to veil meaning than reveal it; just a primitive search for knowledge that should have died because of the efficiency of science at that task.

Zizek though, reveals that there is both more, and less to philosophy than your average dark-lensed beatnik might have you believe.

Zizek describes philosophy as a very modest endeavor, “not some crazy exercise in absolute truth and then you can adopt this skeptical attitude.”

Take this example given by Zizek in the documentary:

Say the earth is about to be hit by an asteroid that would destroy all life on the planet. In that situation, there is absolutely no need for philosophy. The threat is a very real, simple, and direct one. This is not a problem we can redefine our way out of, we don’t need a different perspective, we need some big ass nukes to blow the offending rock out of the sky. So this is one of many problems where philosophy is about as helpful as bandaging a corpse.

But that’s OK, because the job of philosophy is not to solve problems, but to redefine them.

Its an interesting perspective, and I think its best illustrated by an excerpt from Zizek’s work quoted earlier in the film:

“In an old joke from the defunct German Democratic, a German worker gets a job in Siberia; aware of how all the mail will be read by the censors, he tells his friends:

‘Let’s establish a code: If a letter you get from me is written in ordinary blue ink, it’s true; if it’s written in red ink, it’s false.’

A month passes, and his friends get the first letter (written in blue ink):

‘Everything is wonderful here, food is abundant, apartments are large and properly heated, cinemas show films from the West, there are many beautiful girls ready for an affair – the only thing you can’t get is red ink.’

One starts by agreeing that one has all the freedom one wants, then one merely adds that the only thing missing is the ‘red ink’:

We ‘feel free’ precisely because we lack the very language to articulate our unfreedom.”

If I may extrapolate on the point Zizek makes in this excerpt, and connect it with the earlier asteroid analogy, then I believe he demonstrates that one of the most fundamental purposes of philosophy is, not to solve problems we have, oh no. It is fundamentally for dissolving problems we think we have, but really we don’t, and for revealing to us the problems we really do have but were previously unaware of.

To redefine problems so that they may be solvable by our proverbial nukes.

For example: A culturally brainwashed woman (I’m not being sexist here, its just that woman are targeted for the following behaviors by corporations and men are not) may, bizarrely, refrain from going to the shop to pick up required essentials (milk, bread etc) purely because she doesn’t look good enough to go outside. She’s not ‘dressed for it’, she might not be wearing make up, or she’s sniffling from a cold. Thankfully, most women are more sensible than this. So for the time being she does without her milky bread.

Some simple philosophy could reframe  this problem for her – the issue is not that she cannot go outside lest she be seen looking anything other than ‘her best’. Of course she can go outside, and no one, unless they are as foolish as she is, is going to care less. Her real problem is that she has been inadvertently led to believe that her appearance is important in a situation to which it is completely irrelevant.

Her problem is deeper and more complex than she thinks, and neither dressing up, nor wearing make up, nor recovering from her cold are the nukes to solve it for her. Where rockets save us from doom from the sky, philosophy saves us from the doom of misguided thinking and misguided values. And sometimes it doesn’t save us from anything at all.

“It is a very modest thing, philosophy. Philosophers are not madmen searching for some eternal truth.”

Such madmen exist, but they are not philosophers. Or are they? 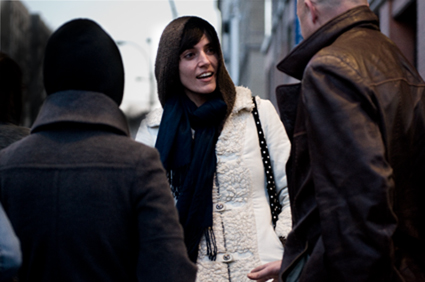